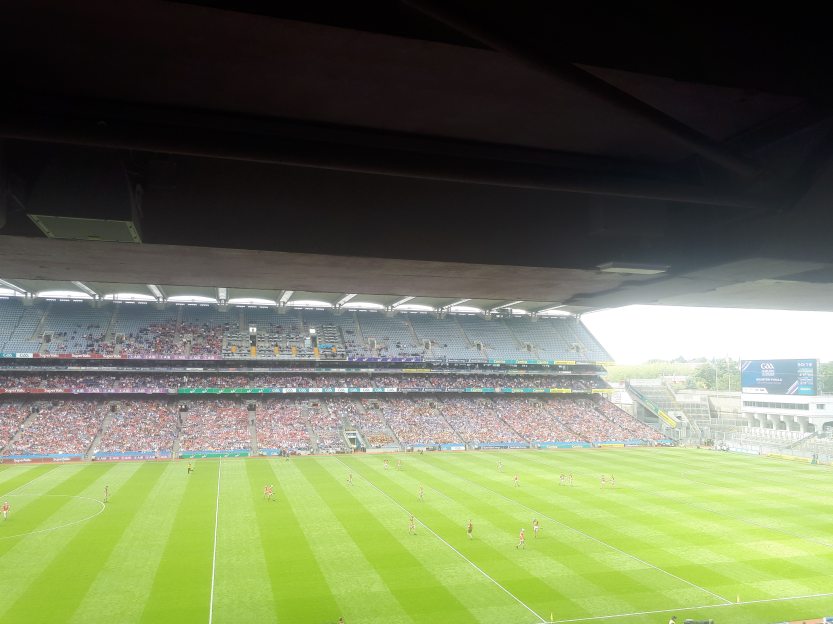 There’s no sugar-coating this one, there’s no excuses this time, no major ‘what ifs?’ and it’s much harder to look forward to next year.

Cork beat Cork every bit as much as Kilkenny did, and to paraphrase the words of the great fictional quarterback Reno Hightower, (played by Kurt Russell in unheralded but excellent The Best of Times), “this whole frigging nightmare belongs entirely to us now.”

In sport, you get what you deserve most of the time and, unfortunately, Cork got exactly what they deserved in Croke Park last Sunday, as did Kilkenny. It was a defeat that will feel raw for a long time as people chew the fat over what exactly went wrong.

Just like in Ennis, Cork faced a team from whom they knew exactly what to expect, yet weren’t able to cope with them down the stretch. They conceded far too many soft scores, didn’t win enough one-on-one battles, missed too many chances, made too many simple mistakes, didn’t put enough pressure on the opposition and played with too much passivity for the result to have been anything else.

The game may have been decided in the third quarter but Cork sowed the seeds for their own downfall in the first-half when they enjoyed the upper hand, for the most part, but never did the necessary damage on the scoreboard.

When they were in the supremacy, Cork’s play was still riddled with mistakes that were self-inflicted. They gave it away, didn’t use it well enough often enough, overplayed it; maybe even over-thought it. More than anything else, there was never enough bite in their play, in fact, that energy that defined this team in 2017 and 2018 only ever appeared sporadically this summer. And that’s why we are where we are.

Cork started well yet trailed by 1-3 to 1-1 in the early stages as they gave up scores to Kilkenny far, far too easily; another trait that became far too common over the summer. Patrick Horgan’s two goals from play were acts of genius, scored despite his surroundings, while Kilkenny’s goals were prime examples of opportunism and cuteness.

The mistakes were mental, in every sense of the word. Mark Ellis plucked a puck-out from the air but lost it, a goal chance was butchered with a poor pass to Daniel Kearney, Darragh Fitzgibbon scorched through on one occasion but nobody went with him and Alan Cadogan, despite his brilliance, really should have had a goal.

Perhaps the best way to highlight the contrast between the two teams in the first-half is to look at two frees taken by the two goalkeepers.

Eoin Murphy’s first free went wide, but it was a definite attempt on goal. For his second free, from a similar position, he looked to his right to see three Kilkenny men all on their own in acres of space. The free went short, across the field and eventually over the bar and there was nobody around to lay a glove on them. It was startling.

Anthony Nash gave his first free short but the next pass went astray and he was soon pucking it out again. For the second, Cork had Alan Cadogan and Patrick Horgan inside with three Kilkenny defenders for company along with Eoin Murphy. Cork committed nobody else forward and the free landed harmlessly into Murphy’s chest. Both frees were neither here nor there and they summed up the lack of mental sharpness Cork brought to Croker.

Maybe Cork overthought things. The return of Mark Ellis to centre-back against Limerick helped save Cork’s season. But on Sunday, he was pushed to the wing as Stephen McDonnell took up TJ Reid and went back corner-back to pick up Walter Walsh after the break. The centre was sacrificed over a fear of one man, much as it was in the 2013 All-Ireland final replay.

In the third quarter, Cork just couldn’t get out of their own half. The puck-out strategy malfunctioned majorly. Maybe the strategy has been found out, has become too complicated. Towards the end, in contrast, Kilkenny committed men forward, went long and competed for the second ball. It worked, as they were always able to find the scores they needed.

It was dreadfully disappointing, and the cold hard fact is that Cork failed to defeat a Kilkenny team that is rejuvenating, yet is still only a pale shadow of what it was and only had a half-fit Walter Walsh and Richie Hogan.

Sometimes, you do have to go back to go forward. In 2016 Cork hurling was hanging over the precipice and the future looked as bleak as it ever did. 2017 and 2018 were two giant leaps forward that were beyond even our wildest expectations.

Maybe this is Cork’s level at the moment, a more realistic base considering where they came from. Maybe we have more penance to endure for the sin of taking it all for granted for far too long.

As ever, it’s easier to be wise after the events, but maybe Cork looking back to go forward in terms of the panel wasn’t the best option. All the talk at the end of last year was about strengthening the panel. Yet the majority of that strength came in the form of players we knew about already.

Niall O’Leary was the only player to break through and he didn’t appear until after the Fitzgibbon Cup. We’re still none the wiser about the true capabilities of the likes of Robbie O’Flynn and Timmy O’Mahony while Alan Cadogan’s return to form only made the pang of regret from last year all the more palpable.

It brought the curtain down on a dreadful decade for Cork hurling. Three Munster senior titles, one All-Ireland appearance and just the one Minor and U-21 Munster title. Winning All-Ireland titles is now alien to young Cork men and the defeats in the 2017 All-Ireland minor final and last year’s U-21 final are harder to take the more you think about them.

“Cork are Cork” means something completely different these days. It will change again, of course, but for now, it is what it is.