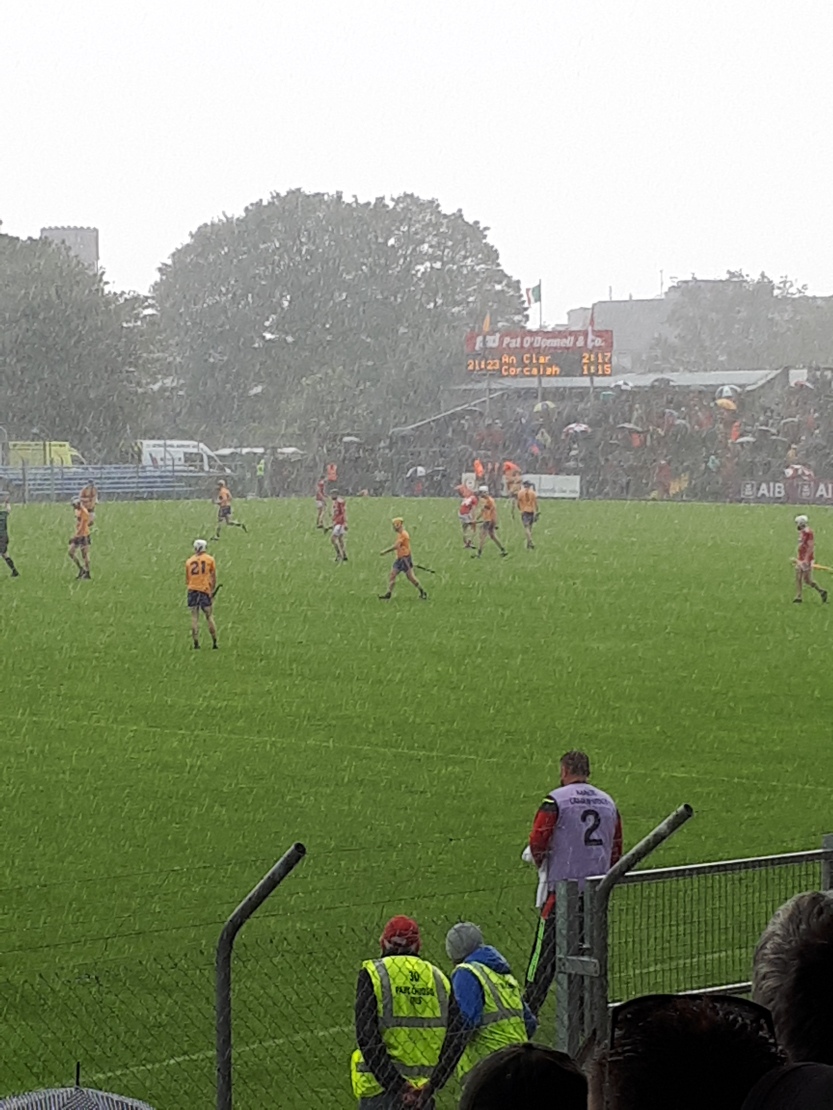 And yet, Cork fell for it all hook, line and sinker. The forwards got a lovely welcome as they headed into their positions and there was a whiff of grapeshot on the air from the off. The last thing that you needed to give Clare was the first thing that Cork offered them; a goal.

It was incredibly frustrating to watch Cork play right into their hands. But Cork have never been very good in such situations, in my years watching anyway. Too often they found themselves on the ground gazing towards the referee looking for help, or getting dragged into situations that suited Clare or trying to play a game that’s not really in them.

The fouls committed by Cork were too often soft or desperate while Clare managed to leave their mark and generally stopped things before they ever had a chance of getting going Generally before the ball had even arrived.

This was best summed up by the yellow cards received by Niall O’Leary and Seadna Morey. O’Leary’s take down of Shane O’Donnell was an act of desperation that prevented a certain goal yet gave away what should have been a handy point. Morey levelled Patrick Horgan right on the sideline making sure that Horgan knew he was there and that the free was far from easy. It was missed.

Clare were acting. Cork were re-acting. All day long.

Diarmuid Ryan caused havoc, in the second-half in particular, with simple cross-field runs that were never tracked adequately. Colm Galvin was afforded way too much freedom as Clare always seemed to find space while Cork were always choked up in traffic.

The game was like the weather; splashes of sunshine in between apocalyptic showers and thunder and lightening. Cork’s flashes of sunshine made the day even more depressing. When it was 1-5 apiece after 20 minutes or so you’d have been happy enough that they might have weathered the storm. But then they conceded another 1-5 before the break.

After half-time they had the gap down to two in no time, but let the momentum slip again by giving Peter Duggan four handy frees. And when Hoggie stuck his second goal to leave just one between them, you’d have been sure that they’d push on. But they didn’t.

The news from Thurles meant that everybody knew that Cork were through long before the six minutes of injury-time were played. It seemed like the news had filtered down onto the field too.

It was a very strange sensation, even if getting out of the group stage was always the most important thing, no matter how it was achieved. The point of the group system, I suppose, is that you’re supposed to get what you deserve.

Clare probably didn’t deserve to progress given the nature of their defeats to Tipp and Limerick, Cork probably just about deserved to, albeit more based on the paucity of Clare and Waterford than their own excellence..

Has there been progress? Well, Cork won the same amount of games as last year but were beaten twice. They scored more this year than last year (6-98 v 5-94) but also conceded more (7-87 v 4-89) and have the exact same points difference (+8). In Limerick it felt like they had progressed, but it felt like they’d regressed again in Ennis. As ever, the question will be answered at the year’s end.

By the time I began ambling towards the train station for a few welcome days off the mainland, far away from the madding crowd, I was relatively at peace with the events of the day. Clare’s victory was deserved yet Pyrrhic, Cork’s defeat was painful, unsurprising, but not decisive.

It got me thinking about the language we now use to describe the sports we love. The militarisation of it has become as tiresome as it is entertaining. It’s full of wars, battles, warriors, soldiers, troops, wing commanders, generals, savagery, people dying with their boots on, sniffing blood, going for the kill, going over the top, suicidal defending, putting people out of their misery, capitulations, annihilation, blowing teams away.

As I began to notice the rhythm to march, my thoughts turned to the great Vietnam movie Full Metal Jacket.

The movie ends with American soldiers marching through the ruins of Huế, and the main character Joker, gives a voice-over that best encapsulates the events of the day in Ennis.

“I am so happy that I am alive, in one piece and short. I’m in a world of shit…yes. But I’m alive. And I am not afraid.”

The phoney war is over and Cork now enter a new competition. They’ve a hell of a lot to work on, but they’re still alive. And that’s all that matters, for now.