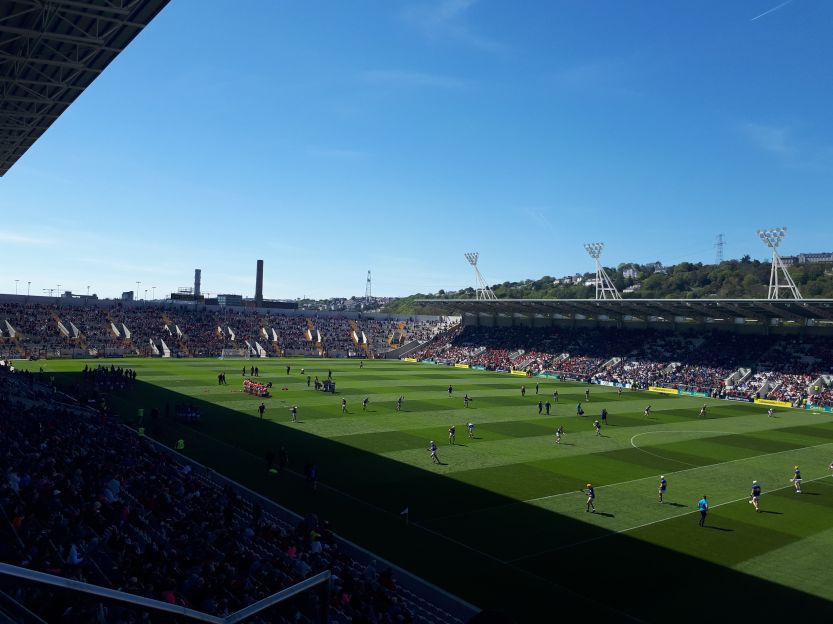 With the benefit of hindsight, maybe last Sunday wasn’t that surprising at all.

Ask any Cork supporter what worries them about the Cork hurling team and chances are that everything that was wrong with last Sunday would feature in their answer. They concede too many scores, can struggle to win primary possession and they have the potential to be dominated physically.

Throw in the hangover from the great lost opportunity that was 2018, the loss of Bill Cooper, the absence of Colm Spillane and Alan Cadogan, the departure of Gary Keegan, the ‘Back to the Future’ look of the panel and a Tipperary team that just could not afford a repeat of 2018 and it all makes sense, even if it doesn’t make it any easier to accept.

Where to begin? With Tipp I suppose. They brought everything that you’d want to see on a big day and generally they were quicker than Cork in everything that they did. Their touch was sharper, they moved the ball with speed and intelligence, they were ferociously competitive throughout and, when necessary, were utterly ruthless.

To beat a performance like that you have to at least match it to have any chance, and there’s every chance that it wouldn’t be enough.

Cork’s travails on their own puck-outs summed up their day perfectly. They were always that bit too high, that bit too long , that bit too fast or too slow, or into areas where Cork were out-numbered. A lot of that was down to Tipp though, as they held their shape, ensuring that the Cork target ran into traffic as opposed to space. Perhaps there’s only so long you can get away with that particular tactic.

But they did play well coming up to half-time. Tipp had threatened to pull away a few times but Cork did brilliantly to get level and then take the lead. And then they just left the lead slip too easily, and the momentum was gone. Tipp successfully limited the impact of Mark Coleman, Darragh Fitzgibbon and Daniel Kearney and Cork had no real answer.

Which brings us to the concession of 2-24 from play, I’ll have to bow to the insight of two friends who know much more about defending than I do. They highlighted an individuality to Cork’s defence, a lack of communication and cover with Tipp’s second goal being the obvious case in point. Of course, how quickly and easily the ball was coming back from the three Mahers exacerbated the situation but I suppose that comes down to collective responsibility.

Within that, however, Niall O’Leary stood out simply for his desire to defend resolutely and skillfully under incredible pressure in the midst of the perpetual motion of the Tipperary attack.

After the game, Liam Sheedy highlighted his disappointment in Tipperary’s discipline, particularly in the first half. One would imagine, however, that he would have been quite pleased with the cynicism of Sean O’Brien’s attempted take-down of Shane Kingston and Padraic Maher’s scything down of Conor Lehane in the second-half.

It summed up their ruthlessness, whereas you’d find it very hard to imagine a Cork player doing the same thing. Of course, there’s a whole other moral debate to be had around that, but for Tipp, last Sunday at least, the end justified the means.

It looks like hindsight is going to dictate the terms of this Sunday too. Not many would have seen the Tipp ambush coming, but Limerick have made it clear all through the spring that they don’t intend on resting on their laurels.

In normal circumstances, a pop off the All-Ireland champions is something to relish, particularly in this new format that leaves some margin for error. And for all the talk of home advantage, trips to Limerick or Thurles aren’t exactly the most hostile of experiences.

The problem is circumstances aren’t particularly normal after last Sunday. For those of a pessimistic disposition, the Limerick game already has a sense of inevitability about it. Limerick are keen to show they’re no one-hit-wonders and if last week’s Cork turn up, well, Limerick will be hitting the ground running.

But anything can happen. It’s hard to imagine that a group of people who have given so much of their lives to this and have won the last two Munster championships are travelling with the intention of being willing Christians in Limerick’s narrative.

More than anything, you’d be expecting a response; a lot of anger and pride and a deep desire to show that last week was the exception as opposed to the rule. To get what they need out of the day, Cork need to get back to the type of basics that nobody really needs to explain. It’s only when they’re right that you get a chance to play the game on your own terms.

The team sees four changes from the last day and this is where hindsight will come into play. A good Cork performance (or even a bad one with a good result) and that many changes will be seen as signs of courage and conviction. If things go wrong, however, they’ll stink of panic and desperation. The paradoxes of sport never cease to amaze.

Cork just need to begin again against Limerick. If that isn’t enough, they’ll still be there with a chance of getting out. And getting out is all that matters.

“Though we live in a world that dreams of ending
that always seems about to give in
something that will not acknowledge conclusion
insists that we forever begin.” – Brendan Kennelly

One thought on “Begin Again”