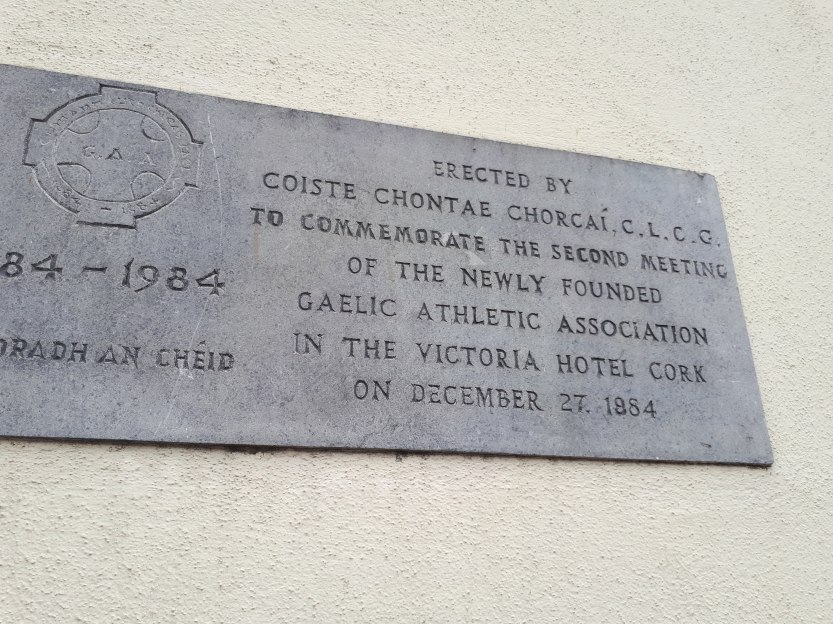 It was always going to be ‘Option A’, wasn’t it?

Something similar, yet different to what we have already. A match in April and two in August to find out where you’re at. This time next year, the games in ‘Club April’ will have a little bit more meaning, a little bit more importance and a little bit more direction. They’ll count for something in the final analysis.

Of course the games are still too far apart, and there still isn’t enough of them. But how can the country’s biggest county maintain a healthy club scene when the club continues to be marginalised and diminished by the powers that be?

Croke Park is not going to solve the quandary facing clubs all over Cork in terms of trying to find the balance between club and county. It won’t solve it in any other county either. And it’s not because they can’t, it’s just because they have absolutely no interest in doing so.

Croke Park’s solution to the club dilemma was to play more inter-county games. The provincial championships in hurling and the ‘Super 8s’ in football are the living proof of that. The clubs can do what they want in April and September. And October and November. And December. Because we all know that these are the times of year that players dream of.

As ever, they even fudged it on the whole notion of ‘Club April’. Not making it mandatory makes it ripe for abuse and exposes it for what it really is; a token charade . But they are experts on fudging things and then falling back on compromises that are unfit for purpose.

That’s why ‘Option C’ was so tempting. Regular, meaningful matches across a reasonable period of time incorporating the summer months. The opportunity to stick the middle finger up to it all. If you were a player, wouldn’t you be tempted? I certainly would.

The simplicity of the format would resolve much of the unnecessary hassle that comes with simply doing what you love. A summer with structure and focus as opposed to the meaningless abyss of training for the sake of training.

In a sporting world obsessed with money and greed, infested by drugs and blighted by cheating, the duality of GAA stars remains one of the last bastions of humility and romance. Professional players never go back to play with the guys the grew up with; hurlers and footballers never stop going back. There’s a beauty, a nobility to that notion, to finsih where you started.

I think to threaten the sanctity of that, even for a game or two, would be a monumental mistake. The show would go on, but it would be exiled off main street, never to return.

There’s no point in whining if you haven’t some semblance of a solution, however. In the ideal world, it would be best for club and county to exist side by side with one feeding off the other. Surely there can be some way to enshrine at least a week or two of each summer month for the club?

It would imply an end to the overarching control of the inter-county manager but that in itself isn’t necessarily a bad thing. Players want matches yet spend most of their time being denied this fundamental need due to control and fear. Does the courage exist to just let inter-county players play with their clubs?

And, if some summer weeks were ring-fenced, would Croke Park have the courage to enforce the rules and penalize transgressions properly? They certainly could. Hitting the pocket is always effective. And they have no problem hitting the supporters there.

‘Option C’ provoked plenty of anger, reflection and debate. This is a good thing. It was a result of progressive engagement with clubs. Everybody was listened to and it was probably the first time ever that players got a meaningful say in the competitions they play in. This would have been unfathomable six months ago. But it wasn’t all about the format either.

There’s an argument to be made that the re-definition of the grades in Cork is probably more important than the championship format in the short-term. The re-introduction of a proper system of relegation ensures that competitiveness trumps status.

The movement away from single-combat knock-out hurling and football may have taken a slight edge of championship openers in recent years. The shadow of demotion should aid in the recovery of that edge. Every game matters a little bit more now.

Everything is more satisfactory and more straight forward when it is earned, be it a place on a team, a championship medal or a pat on the back after a good performance; so it should be with a club’s grade. I think all clubs would prefer to get what they deserve as opposed to be given what they think they’re entitled to.

The extra grade may impact on Cork club’s performance in Munster, but such is the nature of Cork, with the sheer amount of clubs, it’s ok to put Cork first. After all, the inter-county debate shows us that the needs of the many should not be outweighed by the achievements of the few.

This weekend sees the football championship get under way. The hail, wind and rain of the past few days once again highlights the folly of playing championship at the start of April.

It’ll be similar but different this time next year. That’ll do for now.

But now that the idea is out there, that the unspeakable has been spoken, it’s not going to go away. That is, of course, unless those who can make a difference decide to lead, as opposed to ploughing on regardless and threatening the sanctity of one of the last things that makes us unique, makes us different.

Would you trust them to put the cart before the horse?