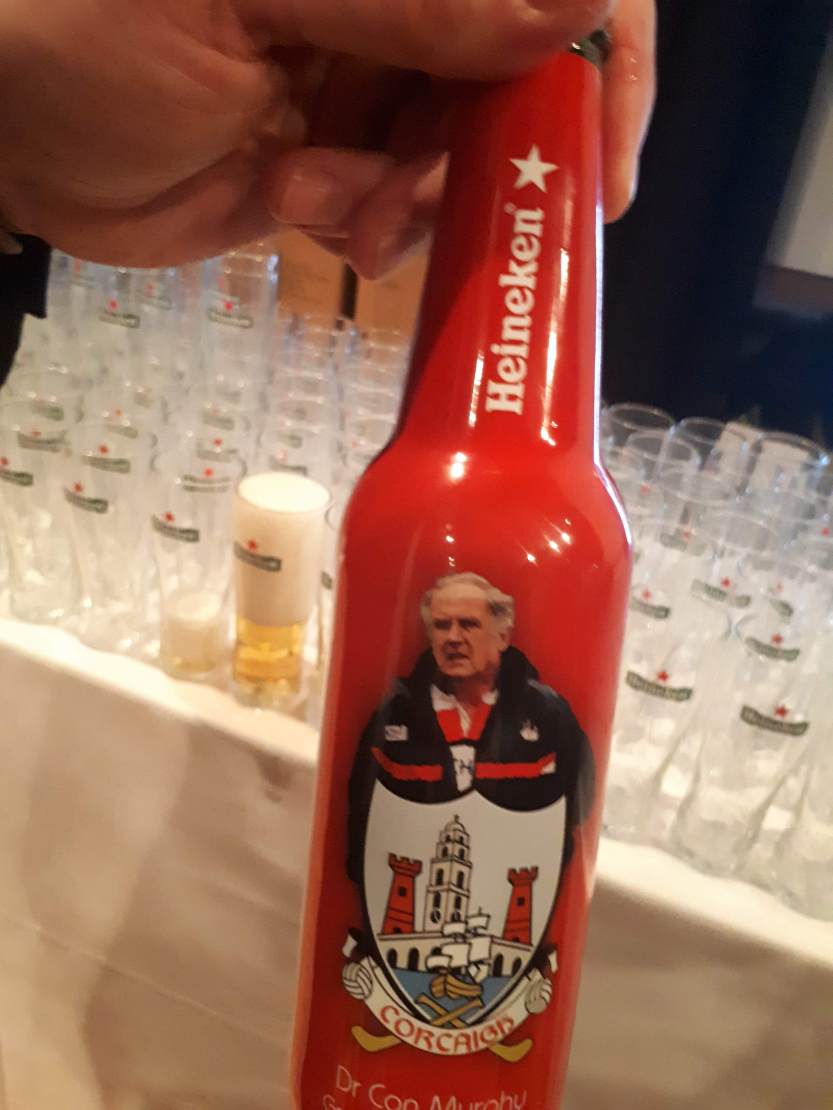 It’s the gift that keeps on giving; peaks and troughs, highs and lows, sca and scandal. What other county could make the front and back pages of the news with such regularity?

There was a lot to be happy about last year. Yes the defeat to Limerick was crushing, and the U-21 loss to Tipperary was numbing, but as the evenings got shorter there was enough reasons for optimism for when the stretch came.

Then came the news on the Páirc.

The Páirc was meant to be a lot of things, it was meant to be a positive, something to be proud of and a symbol of a new beginning. However, that was wishful thinking, as ever. It’s now turning into a monument to uncertainty, rumour and embarrassment.

Whatever the truth of the matter is, it needs to be told as only then can things begin to move forward. Transparency hasn’t been a strong point of ours traditionally. As the Rolling Stones put it, ‘Let it Bleed’.

With that white elephant shining away in the background, there’s a sense of relief in being able to focus on matters on the field, even if it does feel extraordinarily early.

It’s always wise to look back before you go forward, and the hurling fraternity have certainly taken that to heart. The team that takes the field in Nolan Park has a bit more experience in it than one would have expected.

Many of the new faces are old faces. However, perhaps there’s credit due for trying to counteract the madness of the league clashing with the Fitzgibbon Cup. And just maybe, some of last year’s starlets played a game or two too many in the final analysis.

The league is also a free shot at experimentation this year. There’s no relegation and three home games gives Cork a bit of space to try lots of things. The train of thought post-Limerick was that Cork were a bit shallow in terms of their panel. That was a fair point but I’m sure John Meyler et al would be delighted to uncover a dominant half-back or two along with another Séamus Harnedy to bulk up the starting fifteen.

The Cork hurlers could do an awful lot right this year and still see their season end before the Munster championship has concluded. It’s just the nature of the new format. Securing a place in the top three come June is all that matters. And it’s far from guaranteed. If a top three finish can be achieved, anything can happen. ç

The football front remains a source of everlasting angst. Ciarán O’Sullivan has joined Eamonn Ryan in taking a step back from things and Cork are without any type of U-20 set-up. Not ideal. Plus ça change I hear you cry.

The fact remains, however, that there has to be more than enough talent in Cork to be at least knocking on the door of promotion, if not quite breaking it down. There are, obviously, a lot of fundamentals taken for granted within that belief that they have to be at least that good. But you have to hope, sometimes it’s all you have.

At least there’s been an admission that football in Cork needs special attention. The recently launched plan had plenty of things to be positive about once they’re acted upon quickly.

As ever, however, that plan could become a cross to bear rapidly if things continue to stagnate on the only place that matters. Enniskillen, with a raw enough looking team is a tough place to start the journey to redemption.

And then there’s money. Where’s the money that Cork need to become what they should be at all levels going to come from? Is it reasonable to expect volunteers, in their current state, to have the time, energy and expertise to do what needs to be done without more help from people in full-time roles?

And, if there is a culture change towards more full-time roles and a more professional approach, can Cork buck the trend and avoid becoming just another faceless, empty, exploitative brand that pretends to have meaning as opposed to having any real sense of self? Can it be done without losing touch? Without forgetting what matters?

Perhaps the answer was there in plain sight in City Hall on Saturday night last as Cairde Chorcaí paid a much deserved tribute to the iconic Dr Con Murphy. Despite all the problems with fixtures, the stadium, the internal wrangling and the loss of status in the GAA world, what makes Cork what it is was plain to see on the night. There was an energy, a sense of purpose and pride which was a pleasant change from the dread and self-loathing that has made its mark in recent times.

The best thing you could say about Dr Con on the night was that his humility is of such a level that he carried himself throughout the night with an astounding level of gravitas and a firm understanding of the bigger picture, and his place within it. He’s simply a Cork man who wants to see the best of Cork take the field. There’s a simple lesson to be learned there. For all of us.